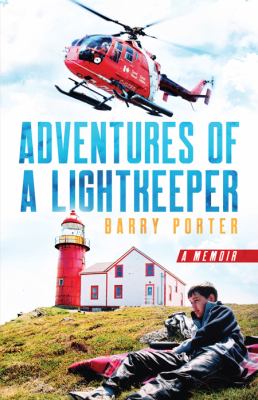 Adventures of a lightkeeper

"Adventures of a Lightkeeper is a memoir. It covers the years 1983 to 2006, when Barry Porter worked as a lighthouse keeper with the Canadian Coast Guard on the northeast coast of Newfoundland Labrador. His adventures started at Surgeon's Cove Head Lighthouse, located on Exploits Island in the Bay of Exploits, just north of Lewisporte and west of the fishing communities of Comfort Cove, New World Island, and Summerford. This lighthouse guided shipping to and from the busy ports of Botwood and Lewisporte, plus the fishing and pleasure boats from the communities of Porterville, Point of Bay, Embree, Little Burnt Bay, Campbellton, Birchy Bay, and Fortune Harbour. Included is a chapter on a unique Exploits Island resident, Richard Wells, who defied the government's resettlement program in the 1960s. Barry also worked on the historic Long Point Lighthouse on Twillingate Island for seven years. He was the last lightkeeper to live in this majestic 146-year-old dwelling while working there. There, he experienced hurricane-force winds and observed some of the most rugged and dedicated hunters and fishermen from Durrell, Twillingate, Crow Head, Moreton's Harbour, and Tizzard's Harbour. While working at Long Point, Barry spent time with local artist Ted Stuckless and met the famous media magnate Geoff Stirling. He also met marine scientist Dr. Jon Lien and became friends with Peter Troake, the famous skipper of the MV Christmas Seal. The book also describes Barry Porter's four years keeping light on remote Bacalhao Island. This lighthouse guided all ships in and out of the Hamilton Sound shipping route. It assisted fishing and pleasure boats from Herring Neck, Cobb's Arm, Too Good Arm, Pike's Arm, Change Islands, Fogo Island, Boyd's Cove, and Port Albert. The lightkeepers there kept in contact with fisher persons and hunters throughout Notre Dame Bay, from Fogo Island to Lushes Bight, and as far north as Shoe Cove near Cape John Gull Island Lighthouse, via CB and VHF radios. Barry writes about his only shift on Puffin Island Lighthouse, located near Greenspond, in 2003. He tells stories of close encounters with Arctic foxes, a hungry polar bear, snowy owls, humpback whales, and beautiful icebergs. He also describes the life and the isolation, the history of the lighthouses, and pioneer lightkeepers. Also included are stories about lighthouse automation, marine rescues and near-misses, and vicious storms. Completing this in-depth memoir on the life of a lighthouse keeper are chapters on the Canadian Coast Guard ships--including the Sir Wilfred Grenfell, Sir John Franklin, Sir Humphrey Gilbert, and Ann Harvey--the helicopters, technicians, rescues Barry performed while off duty, and his efforts to rehabilitate a paralyzed beagle that lived with him at one of the lighthouses."-- Provided by publisher. 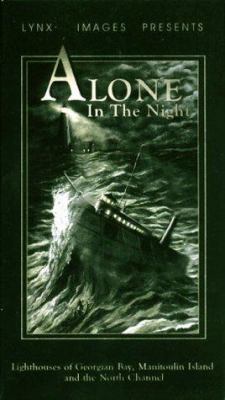 Alone in the night : lighthouses of Georgian Bay, Manitoulin Island and the North Channel 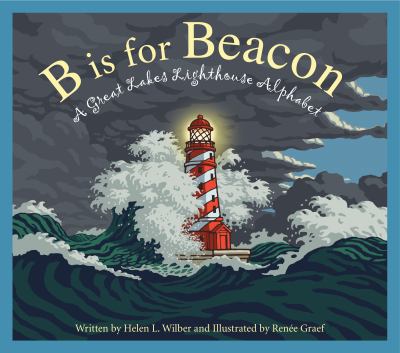 B is for beacon : a Great Lakes lighthouse alphabet

"Following the alphabet this book uses poetry and expository text to explore the history of lighthouses on the Great Lakes, detailing famous structures, local lore, as well as notable moments in Great Lakes history"--Provided by the publisher. 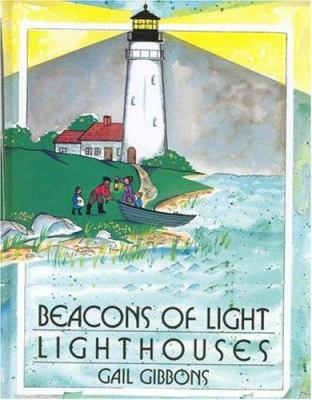 A survey of lighthouses and how they work in simple text and pictures. 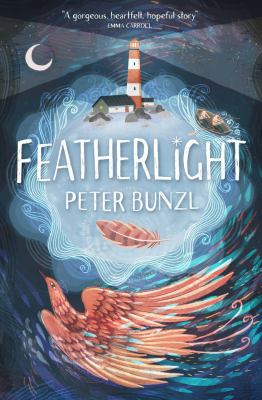 When the lighthouse no longer shines, what else has the power to guide you to shore? 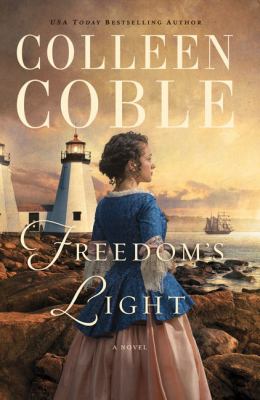 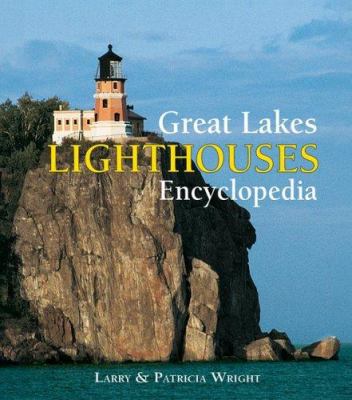 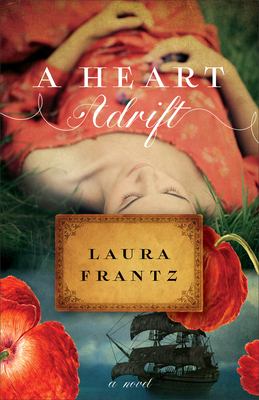 A heart adrift : a novel

"A colonial lady and a privateering sea captain collide once more after a failed love affair a decade before. Will a war and a cache of regrets keep them apart? Or will a new shared vision reunite them?"-- Provided by publisher. 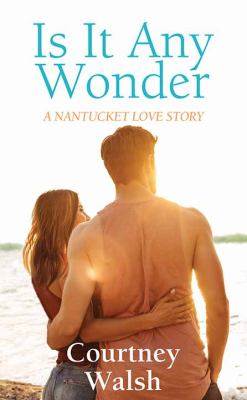 Is it any wonder

Twelve years ago, Cody Boggs and Louisa Hamilton made a pact that no matter where their lives took them, they'd return to Nantucket Island's Brant Point Lighthouse on July 30th, their shared golden birthday, and continue their tradition of exchanging birthday wishes. But that was before. Before time and distance and a tragic accident upended both of their lives, irrevocably pulling them apart. When their worlds collide just months before that particular day, both Cody and Louisa are forced to confront long-buried secrets and a lifetime of shame as they begin to explore whether or not that silly pact was more than just child's play. And whether or not they can ever be more than "just friends" again. 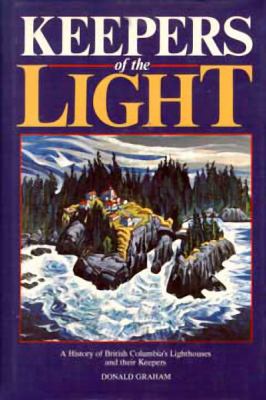 Keepers of the light : a history of British Columbia's lighthouses and their keepers. 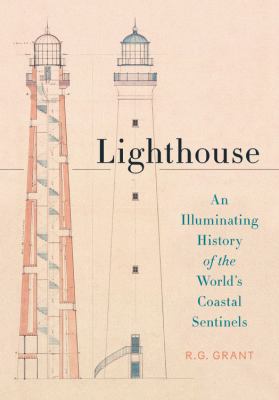 Lighthouse : an illuminating history of the world's coastal sentinels

Lighthouse captures the romance of these isolated, life-saving towers in words and contemporary images, along with the inventiveness and incredible feats of engineering it took to create them. This stunning visual exploration features 100 of the most innovative and beautiful lighthouses built during seafaring's golden age, from 1700-1900. 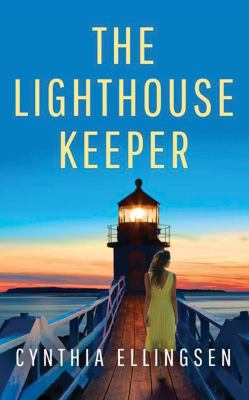 Dawn Conners's parents are famous for finding historic treasures, but she has a knack for losing things--her job, her boyfriend, and now, her reputation. Thanks to a mud-slinging expose, Dawn's late great-grandfather is assumed guilty of stealing silver from a century-old shipwreck. Hoping to clear his name, Dawn returns to Starlight Cove, her idyllic hometown on Lake Michigan, where the doomed vessel sleeps beneath the beam of a ramshackle lighthouse. Her plan: remodel and sell the lighthouse while untangling the perplexing family mystery. Neither task is easy, especially once her well-meaning parents and the quirky locals--including nautical researcher and Starlight Cove's most eligible bachelor, Kip Whittaker--get involved. Despite their attraction, Dawn is reluctant to trust Kip, or any of the close-knit townsfolk. But as she pieces together the truth, Dawn's once-shuttered heart opens up. And if she's willing, the lighthouse might guide her to a place she never expected to find, where the past entwines with a bright new beginning. 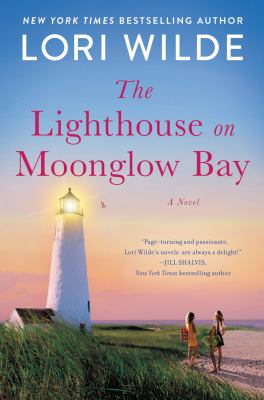 The lighthouse on Moonglow Bay : a novel

It was an inheritance neither sister expected--a lighthouse in Moonglow Cove...Harper and Flannery weren't exactly best friends...And the sisters discover their grandmother's will has a stipulation: the two of them must live there, work out their issues... Will they be able to come together and see their grandmother's wish come true? Or will these two sisters forever be estranged? 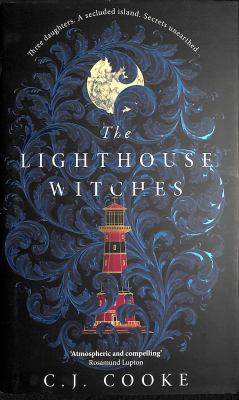 On a remote Scottish island stands a lighthouse. Mysterious and terrible events have happened on this island, starting with a witch hunt. Now, centuries later, Liv Stay flees to the island with her three daughters in search of a home. She doesn't believe in witches, or dark omens, or hauntings, but within months, her daughter Luna is the only one left. Twenty years later, Luna is drawn back to the place her family vanished, and it's up to her to find out the truth. But what really happened at the lighthouse all those years ago? 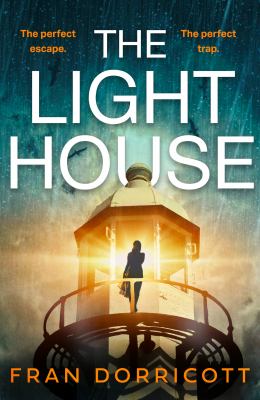 Six friends travel to a remote island north of the Scottish Highlands for an old school reunion. They've rented The Lighthouse - a stunning, now abandoned building that was once notorious for deaths at sea. On the first evening, someone goes missing. The group search all through the night to no avail. But when the five remaining friends return to the lighthouse early the next morning, they are shocked to find James inside. He's looks terrified - but won't say a word about where he's been. The party vow to put the strange night behind them and enjoy the rest of their stay, but when more unexplained things begin to occur, tensions escalate. It's clear James knows something, but nothing will persuade him to give up the secrets of the island. Is he protecting his friends from a terrible truth, or leading them into more danger? 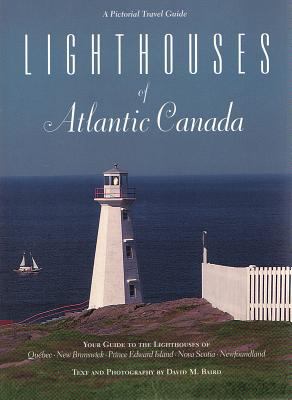 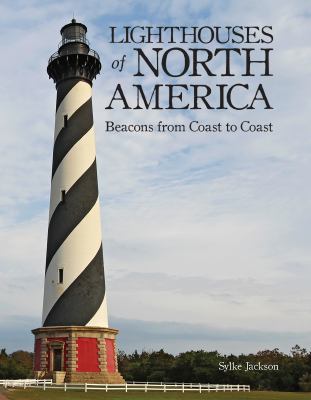 Lighthouses of North America : beacons from coast to coast

Lighthouses of the world 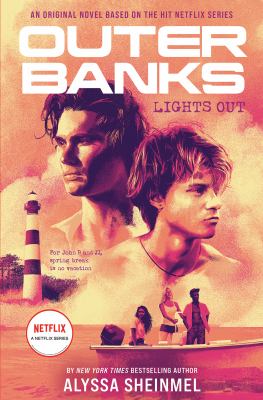 JJ convinces John B to go fishing in the notoriously dangerous Frying Pan Shoals, where they pick up a stranded Kook and run into smugglers with deadly cargo. 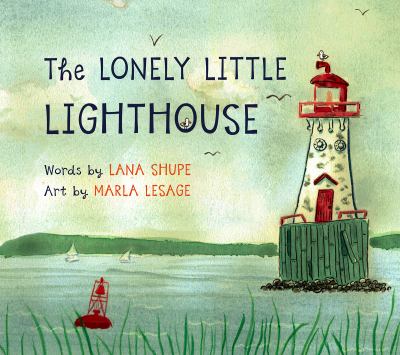 Where the sandspit ends and the harbour channel begins, the Lonely Little Lighthouse sat weathered and beaten by time. Neglected, her paint peeling, she was quietly decaying, falling piece by piece into the sea... The Lonely Little Lighthouse remembers. She remembers the cool chill of foggy nights, when she sang loudly to warn passing ships of her rocky shores. She remembers the billowing sails of schooners, the proud majesty of naval vessels--and even the flags of pirate ships! She remembers the lightkeeper, who once kept her company, and kept her light shining. And most of all, she remembers the sounds of children's laughter, as they played on her sandy beach. It has been years since her light shone, or her foghorn sang. 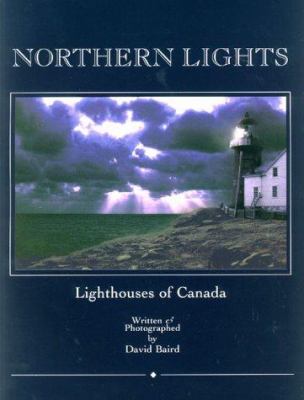 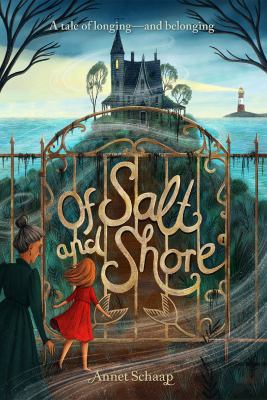 Of salt and shore

Every night Lampie, the lighthouse keeper's daughter lights the lantern which warns the ships away from the rocks, but when the light goes out one night, a ship is wrecked and Lampie is sent to the Admiral's Black House in disgrace--there she finds and befriends the Admiral's son, who was born with a tail, and together they are pulled into an adventure of mermen and pirates, and secret identities long concealed but soon to be revealed. 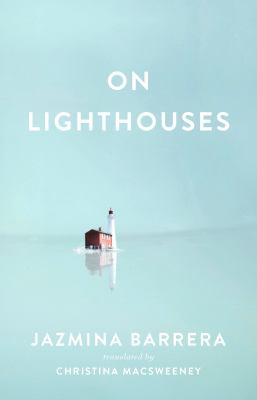 Divided into six chapters that each cover a specific lighthouse, this meditative account includes general explanations about lighthouses, literary references, shipwrecks, and legends, but also sublime personal digressions about her visits, about collecting, about birds, or about the very light that shines from the lighthouse lanterns. 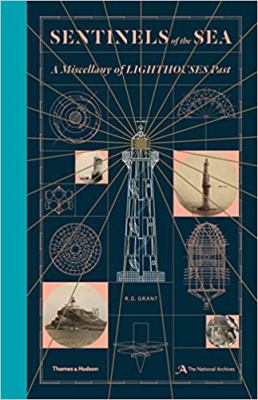 Sentinels of the sea : a miscellany of lighthouses past

Lighthouses have always unsettled and attracted in equal measure, highlighting the triumphs and failures in humanity's battle with the forces of nature. Taking as its heroes the lighthouses themselves, Sentinels of the Sea describes the engineering genius that allowed their construction on even the smallest of rock outcrops and the innovations that made the lights so powerful and reliable. Intricate, elegant architectural plans and elevations, and evocative period drawings and photographs showcase the innovative designs and technologies behind fifty historic lighthouses built around the world from the 17th to the 20th century. 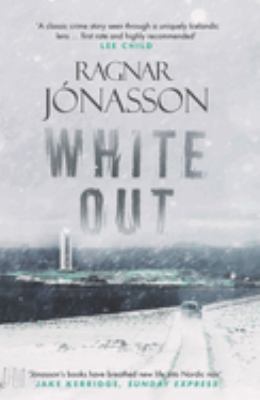 Two days before Christmas, a young woman is found dead beneath the cliffs of the deserted village of Kálfshamarsvík. Did she jump, or did something more sinister take place beneath the lighthouse and the abandoned old house on the remote rocky outcrop? With winter closing in and the snow falling relentlessly, Ari Thór Arason discovers that the victim's mother and young sister also lost their lives in this same spot, twenty-five years earlier. As the dark history and its secrets of the village are unveiled, and the death toll begins to rise, the Siglufjordur detectives must race against the clock to find the killer, before another tragedy takes place. Dark, chilling and complex, Whiteout is a haunting, atmospheric and stunningly plotted thriller from one of Iceland's bestselling crime writers.